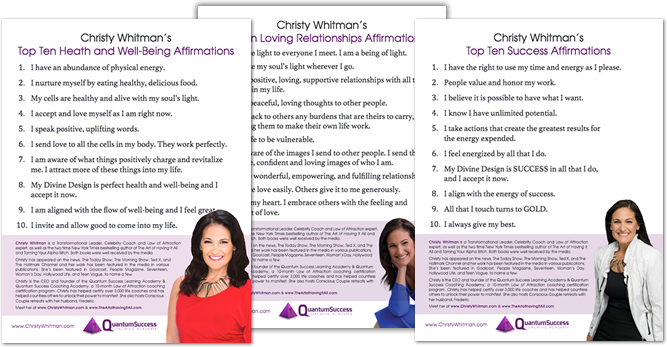 ENTER YOUR INFORMATION BELOW TO RECEIVE YOUR SPECIAL FREE GIFT:

You Will Also Receive Christy’s Inspirational Messages and Weekly Desire Factor Emails To Help You Turn Your Desire Into Reality! 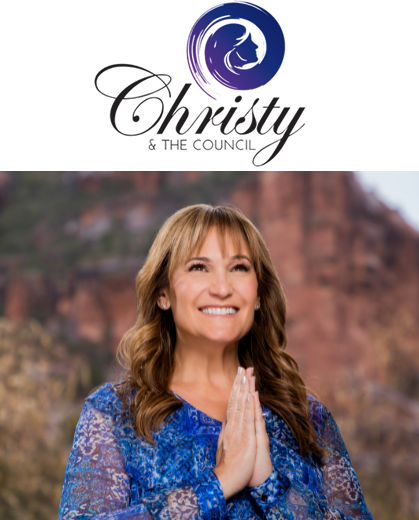 Christy Whitman is a Transformational Leader, Celebrity Coach and Law of Attraction expert, as well as the two time New York Times bestselling author of The Art of Having It All and Taming Your Alpha Bitch. She is also the author of the international bestseller Quantum Success. Her forthcoming book The Desire Factor will be released April 21, 2021.

Christy has appeared on the news, The Today Show, The Morning Show, Ted X, and The Hallmark Channel and her work has been featured in the media in various publications. She’s been featured in Goalcast, People Magazine, Seventeen, Woman’s Day, Hollywood Life, and Teen Vogue, to name a few.

Christy is the CEO and founder of the Quantum Success Learning Academy & Quantum Success Coaching Academy, a 10-month Law of Attraction coaching certification program. Christy has helped certify over 3,000 life coaches and has helped countless others to unlock their power to manifest. She lives in Scottsdale with her husband Frederic and her two boys Alex and Maxim.

ENTER YOUR INFORMATION BELOW TO RECEIVE YOUR SPECIAL FREE GIFT: